It's a world-class sports hub, a sophisticated spa and resort community and a vibrant setting for arts and culture. It's also the gateway to the Grand Canyon, home to present day cowboys and steeped in the fascinating history of the American Southwest. And don't forget its ranking as America's sunniest city. Phoenix has everything you'd expect from America's sixth largest city, and whole lot more you'd never imagine.

Located in the colorful Sonoran desert and bordered by the Phoenix Mountains, the city of 1,488,750 attracts anyone who appreciates clear, sunny days, an average temp of 85 degrees, and some of the most breathtaking and unique scenery you'll ever lay eyes on. Blooming cacti and wildflowers provide pops of color, red sandstone rocks balance atop one another forming precarious towers, and rugged mountains loom in the background.

But Phoenix isn't just another pretty face. It's also a thriving economy that constantly attracts new businesses and workers thanks to a low cost of doing business, strong transportation infrastructure (a light rail system connects metro Phoenix and surrounding suburbs, and Phoenix Sky Harbor Airport is the hub for US Airways), and a young, well-educated workforce (average age of Phoenix residents is 34). Forbes has named Phoenix to its list of Best U.S. Cities for Jobs.

From contemporary to historic homes; from new construction to established communities; or from palatial custom estates to active senior neighborhoods, you'll find something for every budget and lifestyle in the Greater Phoenix area. Outstanding housing options extend to the Phoenix suburbs, where you'll find the college-town vibe of Tempe, the mountain sanctuary of Gold Canyon, and nationally recognized Gilbert - one of CNN Money's Best Places to Live in America.

$299,000
3 Beds ⋅ 1.5 Baths ⋅ 6493039 MLS ⋅ 1,086 SqFt.
This 3bd/1.5ba home is located just minutes from the I-17 off Indian School Rd. The home is located within minutes of Grand Canyon College as well as other schools in the area. The homes has vinyl flooring and new carpet in the bedrooms. The home has an extra storage room within the carport as well as a large enclosed laundry area off the back patio. The large backyard has plenty of room for your family to enjoy. CONTACT AGENT ABOUT PREFERRED LENDER PROGRAMS (referral) AND SELLER CONTRIBUTIONS of 3% towards buyer closing costs or rate buydowns. Schedule your showing today.

$255,000
2 Beds ⋅ 3 Baths ⋅ 6493037 MLS ⋅ 1,088 SqFt.
This town home has been completely remodeled. Enjoy the new kitchen with Stainless Steel Refrigerator, oven/range, and dishwasher. The eat-in kitchen area opens to the private back fenced-in patio. The living room has a fireplace with mantle and a powder room. Upstairs you will find two remodeled bedrooms and bathrooms. Enjoy the new shower or shower/tub area. You won't be disappointed.

$395,000
4 Beds ⋅ 2 Baths ⋅ 6493023 MLS ⋅ 1,387 SqFt.
Come take a look at this open floor plan home located in the west valley that sits just minutes from a vast array of dining and shopping options, medical and education. It is within minutes of the Westgate Entertainment District as well. Quick and easy access to the I-10 and Loop 101. The home home has upgraded vinyl flooring, new carpet and SS Appliances. The vaulted ceilings gives this home a nice and open feeling. CONTACT AGENT ABOUT PREFERRED LENDER PROGRAMS (referral) AND SELLER CONTRIBUTIONS of 3% towards buyer closing costs or rate buydowns.Schedule your showing today.

$474,999
3 Beds ⋅ 3 Baths ⋅ 6493013 MLS ⋅ 2,404 SqFt.
Welcome to your new house! This is a beautiful 3 bedroom and 2.5 bathroom house. The house has a flexible for use den downstairs, which can be converted into a bedroom to make it a 4 bedroom house. All 3 bedrooms are upstairs and amply sized. A spacious loft is also upstairs. The primary bathroom has a spacious walk-in shower, dual sinks and a deep walk-in closet. The house has one of the biggest lots in the subdivision and has a huge and beautiful backyard to entertain your family and friends. Located walking distance from a community park. Conveniently located right off the new 202 Loop, perfect for any commute. The house possesses a central vacuum system and has a built-in surround sound speakers on the ceiling of the family room, living room, master bedroom, and the outside patio

$250,000
2 Beds ⋅ 2 Baths ⋅ 6492878 MLS ⋅ 929 SqFt.
Location, Location, Location! This 2 bedroom 2 bathroom condo is a perfect winter get away or year round home! It has vinyl plank flooring, and granite counter tops and updated cabinets. New HVAC in 2021, windows and flooring. Large bedrooms, and a nice open floor plan. Located right off 7th Ave The community amenities include a pool, workout room, billiards room and a well maintained common area. Water is included.

$729,000
5 Beds ⋅ 4.5 Baths ⋅ 6492957 MLS ⋅ 4,006 SqFt.
Wonderfully remodeled home in great N Phoenix community. Lots of space for everyone in this 4000+ sq ft home. Formal Living and Dining room provide an elegant entertaining space with hand scraped hardwood floors while the family room is conveniently open to the kitchen. Tons of cabinets in the kitchen with updated appliances, new leathered granite surfaces, access to pantry and plenty of countertop seating in addition to a breakfast nook. One full Bedroom with ensuite downstairs for an office, guest quarters, or multigenerational living. Owners suite is split with an expansive private patio, luxurious soaking tub and a designer shower. 3 additional bedrooms upstairs with a ginormous bonus loft space and kids workstation.

All information should be verified by the recipient and none is guaranteed as accurate by ARMLS. Copyright 2022 Arizona Regional Multiple Listing Service, Inc. All rights reserved. 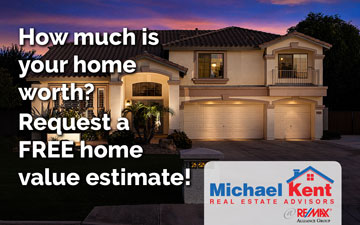 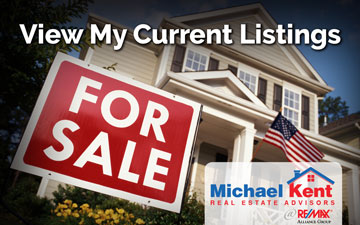 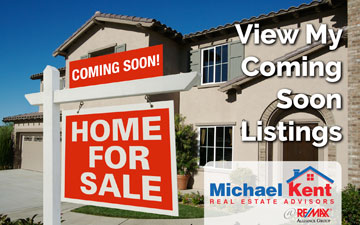